Just a short lil' update with a couple of new drawings I'll be using for a later banner thingamabob. 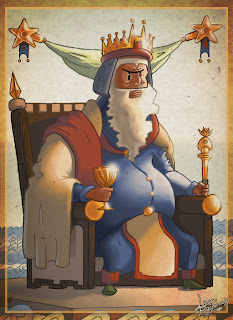 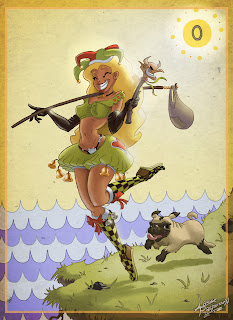 Posted by Duke of Monkeys at 8:54 AM No comments:

So yeah, 160 days plus wasn't enough, but there's some pretty good reasons for my massive delay.

You see, I'm pleased to announce that "Slug Invasion" actually went to the prestigious Cannes Film Festival, gunnin' for first place in the Cinéfoundation short-film competition. In short, it's only fifteen movies were selected from an application pool of 1.700 entries.

We didn't win, naturally, as "Slug Invasion" ain't exactly Cannes material (A lot of very serious real-film movies against one Derpy YouTube ready slug-invasion action explosion short?), but the four very hectic and crazy days spent there were beyond awesome.

All major danish news agencies descended on our poor, unprepared group, along with some international ones - I had to do some interviews on live nation news as well! Pretty slick.

Below, you'll find a sh*t-ton of links putting some proof behind my tall tales - check it out for yourself:

I'll update with some photographies when I manage to draw them out of my camera.

FLIGHT OF THE MIGHTY IRONBOLT UPDATES:

But we're not done! While my summer has been very busy, I've managed to get some new concepts down (while having my deadline extended to somewhere in December). I've also done some tweaks to the presentation, so I'll be reuploading all of the character sheets, including the two new ones: 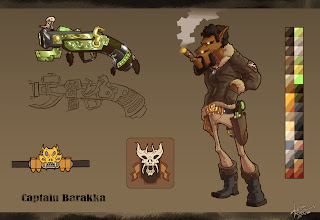 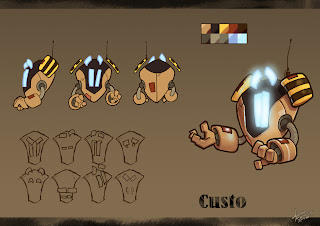 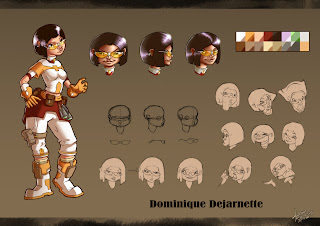 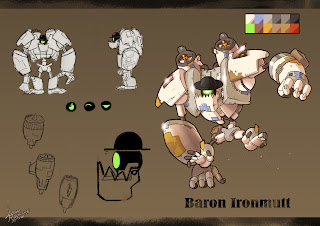 Posted by Duke of Monkeys at 8:15 AM No comments:


It's been a busy few days - capital is always a great showstopper for the creative process, and I'm not exempt this fact either. SO, I'm job-hunting!

To that end, I went back and updated my blog with some fancy new decals and a new showreel (which I'll have to update again tomorrow...'ish) - go to http://dukeofmonkeysshowreel.blogspot.com/ and have a looksie (and do feel free to drop a comment!)

But having said that, I've also gone out of my way to introduce the next character, Baron Ironmutt! The second protagonist of my series, a massive bad-ass robot with jetpack: What's not to like? 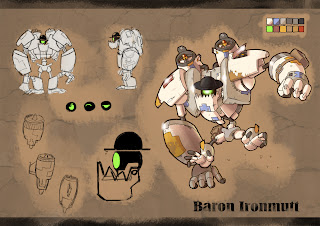 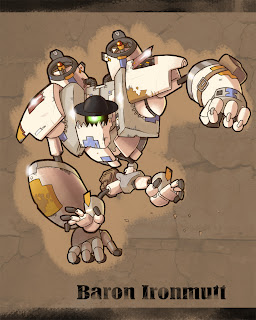 Afflicted with a "virus" which essentially will force his programming to develop a personality, this is one of the more "light-hearted" figures in the saga: I want to add several quirks that makes him surprisingly human considered his inanimate beginnings.

Because jetpacks are awesome.
Posted by Duke of Monkeys at 8:30 AM No comments: 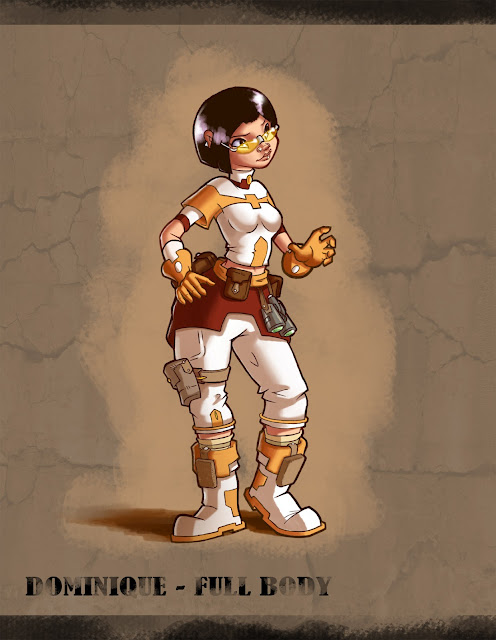 I've aimed for a more simple approach to coloring after some poignant advice from my surroundings. Since I'm still pretty new to coloring, there's plenty of things I'm learning (and need to learn), but I hope to pick it up as I go through the preproduction part.

Next up, I'll be working with the second main protagonist, "Baron Ironmutt" - he's going to be balls of fun to design and next to impossible to draw, so that'll be entertaining to see me rage at my screen.

I'd also like to direct your attention to a few couple of links:

First off, here's my deviant-art link which'll feature some of non-Ironbolt related work I do. It's just to sort of link both places together a bit more coherently:
http://dlsgorm.deviantart.com/

Secondly, I'll today be highlighting one of my inspirations for making a web-comic.

Back in 2006, Tracy J. Butler, an illustrator and 3d Modeller at Simultronics, an American based games company, launched her web-comic entitled "Lackadaisy Cats" - I first stumbled across it a few months after its launch and was instantly smitten not only by the charming gallery of characters, but in general the professionality and coherency of which she imbedded in her work.

I mean, a few quick clicks through her pages and you'd realise this is a cut above most web-comic material out there - no wonder it went ahead and won several Web Cartoonists' Comic Award.

Don't let their fuzzy exterior fool you - if you like a sharp dialogue, some zany personalities and a layered story set against the backdrop of old-school gangsters and 1920'ies jazz, I suggest you head on by!


http://www.lackadaisycats.com/
Posted by Duke of Monkeys at 3:49 AM No comments: 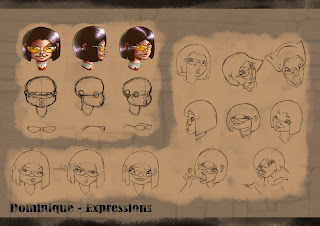 It's been some time after I actually got around to draw things - I needed to graduate from the school first, so I've only begun drawing again at the start of February.

This is the first expression sheet I've designed for the comic - and incidentally, the first on my character, Dominique Dejarnette. I've grabbed some inspiration Glen Keanes awesome way of making expressions on the "Tangled" feature.

Here's a closeup of the colored turnaround: 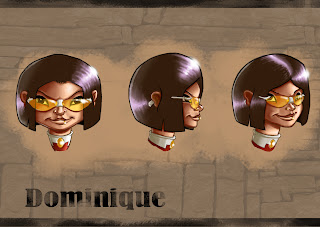 Posted by Duke of Monkeys at 5:56 AM No comments:

Hey there! My name is Lasse Rasmussen.

I'm a soon-to-graduate student from the Animation Workshop, a danish Bachelors Educaation in animation and computer graphics. This coming January, this years students will graduate with the screening of our 9 month Bachelors Short Movie. I've had the great pleasure of working on the "Slug Invasion". I'll make a note when its uploaded on the internet for public screening.

The Flight of the Mighty Ironbolt is an idea that has rummaged around in the back of my head for the last eight years - the idea itself has been on a long travel, traversing different genres and mediums, before finally settling into something more coherent last year. Ever since I've quietly thought and worked myself towards a more finalized concept: A Sci-Fi webcomic detailing the travails of Dominique Dejarnette as she's thrust into a dirty, brutal, absurd trek across the galaxy.

About two weeks ago, I pitched the idea for the Open Workshop, an artistic initiative in my home-town and they've agreed to provide support - therefore, starting from the first of January, I will begin a 6 month development period, hoping to present the first actual page within 3 months and using the remaining months to polish its presentation (and make more pages, of course!)*


This is the comics production blog - I'll try to keep it updated with neat art and general tomfoolery for your viewing and reading pleasure.


Thanks for stopping by!

* - As you can guess, the deadline has been moved quite a bit. Refer to the fifth post on this blog for more information.
Posted by Duke of Monkeys at 9:47 PM No comments: